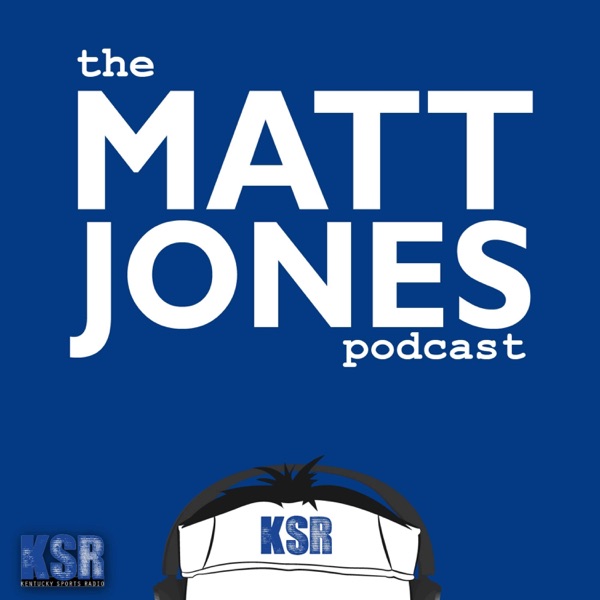 Surprise! Another episode of the Matt Jones Podcast is here! This time, Matt and Drew break down Kentucky's upcoming trip to the Bahamas, the roster, and fun stories from their last trip to Atlantis in 2014. Here's a breakdown of everything discussed: 3:30 - Bahamas overview -Why the Bahamas trip is so crucial for this team’s development (looking back to what 2014 trip did for them) -Stories from the last Bahamas trip: What sights do they expect to see on and off the court -Describing the Atlantis resort 9:10-40:00 - What they've heard about the team, roster breakdown Returnees: PJ Washington— “most anticipated return since the Twins” Quade Green— Improved shooter Nick Richards— Drew’s take on why he could play more than people expect; his way to play is defense Jemarl Baker— issues with spelling of his name Newcomers Reid Travis— “toughness we haven’t had since Julius Randle” “we haven’t had an old dude in a while” Keldon Johnson— his shooting has been a surprise; where he ranks among UK trash talkers EJ Montgomery— he’s a superstar, he’s playing How to figure out the frontcourt rotation Ashton Hagans— Matt thinks he will be the starting PG he runs 1000 mph… he’s like a headless chicken How long can a chicken live with his head cut off? (they pull out the Google machine) Immanuel Quickley— he’s in Karl Towns conversation for good kids Drew’s fun Quickley fact and led to us learning about Matt’s system for sending out Christmas greetings Tyler Herro— do they like his confidence? why Kentucky fans have been waiting for his arrival he could be most athletic dude on the team along with Keldon Johnson amount of calls to Matt’s show he should play more Will he meet fan’s expectations? Matt’s take on the two highest draft picks on the team Are the guys now leaning towards being fans of Tom Crean? Who to hate among coaches in the league now? 40:15 - What do they know about the opponents in the Bahamas? easiest and toughest opponents based on their little knowledge they work on converting centimeters to inches Do they expect them to win them all? It will be the most chest hair we’ve ever seen Kentucky play They expect these to be better teams than 2014-15 faced 48:15 - Advice to those traveling to the Bahamas Expensive and bring some cash $$$ More crazy stories from the last Bahamas trip: Fashion problems the last time they traveled to the Bahamas Matt and Drew tell about their crazy adventure leaving a game last trip when the final bus left them behind Drew’s $25 ride home