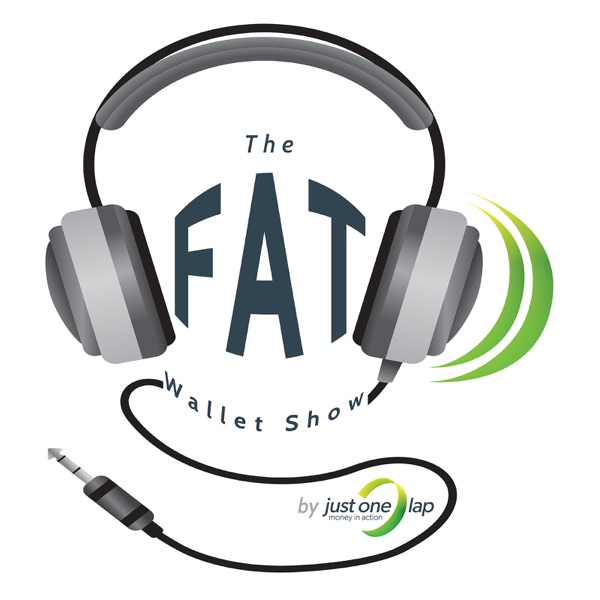 The Fat Wallet Show from Just One Lap

In honour of my long-awaited holiday, we spent two shows doing nothing but answering questions. This is the first.

Don’t forget we’ll be at the JSE in Cape Town for a live recording of The Fat Wallet Show on 31 October.

Win of the week: Jonathan

The fees are a little confusing, because the quote has three different fee tables, all represented in a slightly different way. Depending on who you are, this is either super transparent, or designed to confuse - or both.

One, Sygnia allows investors a lot of flexibility, so you can really build your own portfolio. You can build your RA portfolio to align exactly with your investment strategy (reg 28 compliant, of course).

Two, Sygnia is really cheap, and fees are fucking confusing. Sygnia quote an annual fee as low as 0.36 inclusive (!!) but then show an effective annual fee of 0.52% year one, 0.46% year two in the same document (still good but wtf). The EAC seems to be the "what you're actually charged" amount.

The 0.52% EAC is basically the lowest I could get with the available Sygnia products. The main "downside" is that international equity is all SP500 and not true global spread - because the SP500 ETF is almost 0.5% cheaper that the MSCI world!

The biggest issue for me is because of market movement, there is really no way of realistically 'checking' what you are being charged, so you really just have to trust the provider, which I hate, because the quoted fees are always so absurdly vague (all providers!).

Third, RAs don't have to provide less returns that the rest of your portfolio!

My question is whether the last option is a good shout, or whether such a large component of global property is not a good idea for some reason. Which would you do? Which would Simon do?

The bleeped version is here.

REIT dividends: There are still those quite insistent that REIT dividends qualify for the interest exemption. They do not. I'm not in the biz of arguing, but for clarity this is the situation as per the tax legislation.

I can finally call it mine, 3 years after I signed the OTP, and 2 years later than it should have been transferred to my name.

During this time all my savings went into a MM account with the idea to put a big lump sum towards the repayment. After the monthly bond repayment, levies, rates & everything else, I still make about R900 p/m off it (I rent it out) which I set aside for maintenance etc.

2)      Invest everything in ETFs and let the rental income continue to pay off the bond?

I have been amazed by the consistency of your message. I think the only two things that have changed are DBX World is now the Ashburton 1200 and your attitude to tax changed from pay tax, to try only pay tax once.

After all 162 podcasts, I have the following points/questions lingering:

Anyway, thanks for being awesome and helping me catch-up on the SA Financial Scene.

I am, at times, a government employee and they, when I can't choose not to, contribute to a GEPF (Government Employee Pension Fund) on my behalf.

I’m in the process of getting hold of my current pension statement. I assume that the maximum 27.5% contribution is the combined total that goes into my GEPF as well as the amount that I contribute to my own RA?

ps: Why is it called 'Just one lap' I'm sure you get asked frequently but I haven't heard the answer yet

Just a reminder, to COMPLETELY read any updates of your Insurance contract.

My father in law’s car, which was insured on my policy, had the name of the owner changed from his mane to my name (without any communication by the Insurance Company - in 2018 or  2019). When this was queried with the Insurer, they stated that only vehicles that I owned could be insured and was informed that my father in law’s car was therefore not insured in the two-year period (luckily there were no claims!).  Still trying to get this issue fully resolved by the insurer after two months.

We now are avid ETF investors which are awesome for my wife and our future. We are 45 years old so have a 20-year investment plan in place in terms of ETF investing. On top of our existing RAs and pension funds

We have bout R10,000 worth of ETFs in Ashburton and Satrix 40 etc through EasyEquities.

What if the website shuts down or the company goes under. What happens to the money I invested in and how would I get access to it should something like that ever happen?

I don't want to ask them directly for fear of a biased answer.

0) get professional advice. Use the following as a prompt to unpack some of the issues. I’m a professional, but not in tax or finance. I have spent several years living & working in the USA on a work permit/ visa and submitting tax returns in both countries.

I think there might be a requirement to inform / request permission SA Dept Home Affairs when applying for citizenship of another country.

2) when Dirk got his USA green card, he went fully onto the US tax books. The IRS taxes US citizens on global income.

Any TFSA held in his name in SA, while not taxed in SA would probably be assessed for tax in the USA. There is a double-taxation agreement between SA & USA but I can’t see any tax advantage to a person who has tax residency elsewhere (health warning: I’m an engineer, not a tax specialist).

3) there are a number of SARS criteria for triggering tax residency in South Africa based on the period of time spent in SA.

To keep it simple - Dirk should limit time in country to 90 days or less per tax year to avoid being tax resident in SA.

If he does become tax resident in SA, then SARS will want a share of US income & he will have to rely on the double-taxation agreement to limit total tax.

FYI While US tax rates on income tax are lower than in SA, but US tax payers also pay social security tax and might also pay state taxes.

4) the 180 days that Simon refers to is for SA tax residents who meet several requirements to be exempt from paying SA income tax on income earned offshore. This will be capped at R1m in the next tax year FY2020 & makes working in low / no tax regimes (like the Middle East) less attractive to SA tax residents working overseas. It will no doubt prompt some of them to do a financial emigration from SA.

My wife and I max out our tax free savings account every year and currently invest roughly 50% of our monthly income into a range of bonds, dividend ETFs, property ETFs and international ETFs.

We are both 38 years old and have had the idea of emigration on our minds for several years. Although we haven't yet taken the leap and don't immediately plan to do so, it is nevertheless something we would consider.

My wife has an RA which she contributes minimally to in comparison to the rest of our joint investments. I don't have an RA. The reason neither of us are very focused on RA's is because if I’m not mistaken, we would be heavily penalised for closing the accounts early to emigrate.

So I have two questions:

What kind of penalties would we be looking at for closing an RA early and withdrawing the funds if we were to one day emigrate?

Would it be worthwhile (even considering any penalties) for me to open an RA since my wife already has one and for us to both start contributing 27.5% to each of them. Alternatively we would continue with the ETFs which we can withdraw any time.

In the end, emigration is not a definite plan but rather something that we are open to and have therefore not focused on RA's up to this point.

The cost of MWeb unthrottled, uncapped Fibre has now dropped to R399 down from R899 last month for a 10meg line.

The catch however, is they dont drop the price unless you specifically phone in an request the new package.