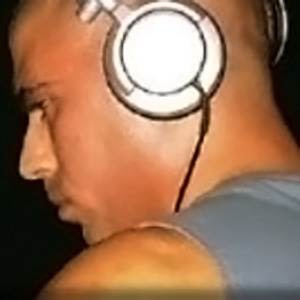 who is ricardo ferro? Ricardo is also known as DJ Ferro since his debuts in the world of djing, bringing us back to 1988. Very loyal to the electronic culture club since then, Ferro has become a key name of the Portuguese underground music scene. Born in Lisbon in 24th April 1973, he spent his early days in the well-known region of Algarve, southern Portugal. When he turned 18 years old he moved back to Lisbon on his own, not only because the attraction of the big city life but mainly because of his strong desire of getting to know artists and people involved in the dance scene. He was eager to make a breakthrough as well as establishing his style and own sound to a bulky audience. It was only a matter of time, for those who remember, before his name started circulating around the elite and was being offered to playing in such places like: Locomia, Rocks, ZONA+, Coconuts, Plateau, Alcantara-Mar amongst others. When still working in the record shop Bimotor in charge of the imports, he formed a collective with A.paul and Wogz, two successful Techno Dj’s in Portugal, which would lead to the creation of a specific Portuguese techno label - Squeeze Records. Squeeze 001 ( A.paul & Ferro) appeared to be the so much wanted breakthrough, a smash! The right music was released at the right time and obviously the interest of the public kept growing. The next step was a very much awaited and acclaimed Compilation. Outside Portugal boundaries the success was discreet but flourishing. The German distributor Neuton shipped Squeeze around Europe and DJs like Sven Vath, Chris Liebing and Hardfloor charted it. At a certain point, during the ’boom’ of dance music in Portugal, X-Club acknowledged his work with a invitation to be one of the X artists, were he finally was able to set up his career. Places like Colombia and Slováquia, playing with DJs like Carl Cox, Jeff Mills, Dave Clarke, Richie Hawtin, The Advent, Mike Dearborn, DJ Rush, Derrick Carter, Dave Angel, Darren Price, Stacey Pullen, DJ Sneak, Green Velvet, Josh Wink, Damon Wild, Steve Stoll, Adam Beyer, Ben Long and many others, are common to him. Today Ricardo Ferro is the Label Manager of FAROL, the label of Media Capital and also the exclusive distributor of Warner Music in Portugal. His love for production is still alive, and he regularly delivers his new material. He also keeps his agenda full with gigs in Portugal and abroad. In less than a decade, Ricardo Ferro managed to impose his fresh sound and smooth style with a clever blend of Techno, Techouse, Hardhouse, Progressive House, House and even Electro, his recent collaboration with Mourah under the project Echosonic is an example of it. Year after year he proves to his faithful audience to be an innovative, versatile and open-minded artist. One who deserves all the respect he has been rewarded with. ricardo ferro discography Released A.Paul & Ferro "Squeeze Gently Ep" (Squeeze001) Dj Ferro "Shakuachi Ep" (Squeeze007) Dj Ferro "Blue Vibration" (WorldMusicLP001) Dj Ferro "Juicy Kisses" (upfront) Dj Ferro "Fire ep" (Naked Lunch 008) Dj Ferro "Moribayassa EP" (Naked Lunch 025) Dj Ferro "Especial" (Parallel 125 - &035;28) Remixes Mesa "Divagadora" Viper "Sanzala" (Squeeze) Humanoyd "Mr Galaxy" (Squeeze) Dj Wogz "Gloopuk" (Squeeze) As a producer Oscar Baia "Z" (Squeeze) mixed CDs by ricardo ferro Squeezed Hardheads (Squeeze Records / MCA) The G Spot (Genesis / Zona Musica) Secret Society mixed by A. Paul & Ferro (nova zona) • echosonic discography (ferro & mourah) Original echosonic "wont I" (LCR) Remixes Mourah "Os Mudos do Vale" (Nova Zona) DJ mixed CDs by echosonic LCR sample (LCR / DANCE CLUB)