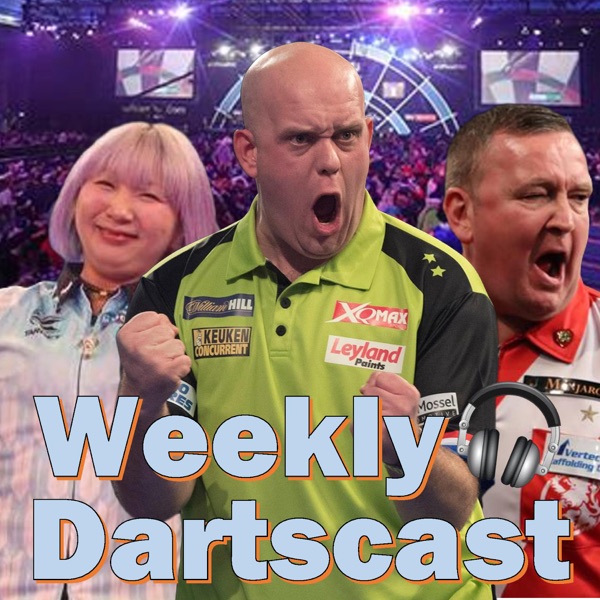 Co-hosts Alex Moss and Burton DeWitt are back with a bumper episode with three guests. Jaco van Bodegom (08:40) calls in from the Netherlands to talk about being the manager of Raymond van Barneveld, including a look back at his final year on the PDC tour in 2019, as well as his new venture as the co-owner of Ultimate Darts Cards. Ivan Mocic (37:17) also joins us to talk darts in Croatia, forming the World Online Darts Organisation, putting on the recent Online World Championship with more than 1,500 players from 60 different countries, and their plans for the future. Chris White (58:24) is our final guest and discusses becoming a co-owner of one of the biggest darts websites, Darts Database, and a closer look at the background of the website. Alex and Burton also delve into the latest stories, including the PDC World Cup moving to Austria in November, the PDC's upcoming announcement on the World Matchplay tomorrow and much, much more!

We are excited to announce Low6 as a new sponsor of the Weekly Dartscast!

Download the Low6 app and use the promo code “Dartscast” for a free £3 bet with Low6.

Get involved in our own contest, the Weekly Dartscast Lucky Dip, which debuts this Friday.

Our contest, which is £2 to enter, features a mix of games from different online leagues to make your picks on.

You’ll be able to see the picks our co-hosts Alex Moss and Burton DeWitt have made and compete against them along with other listeners of our podcast!

Find out more at https://weeklydartscast.com/low6/

Thank you to our Patreon members: Phil Moss, Gordon Skinner