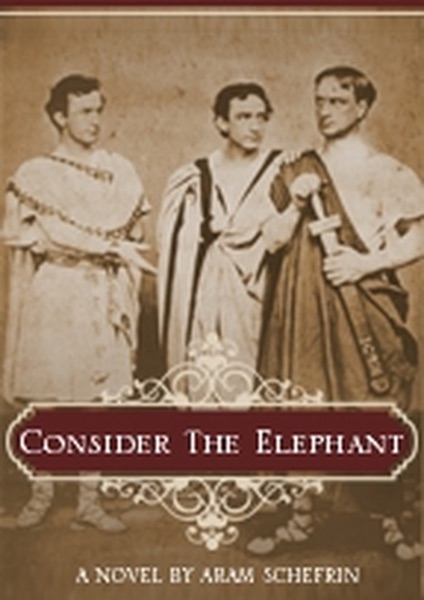 In this podiobook: The common wisdom is that the men who have attacked American Presidents - Czolgosz, Guiteau, Fromme, Hinckley, Moore, Oswald, Zangara - were disgruntled, disturbed loners. That wisdom includes John Wilkes Booth, the assassin of Abraham Lincoln, called a failed actor and a madman.But the truth is that Wilkes was the matinee idol of his time; and the attack on Lincoln was not the act of a maniac, but a part of a plan developed at the highest levels of the Confederacy.In "Consider the Elephant," by Aram Schefrin, the story of Wilkes'life and death is told by his brother, Edwin Booth, called "Ned." Ned was the greatest Shakespearean actor of his age, as was their father Junius in his era; and their brother June was an actor, too, though less successful than his brothers. The story is soaked in the ambiance of life in the American theater in the mid nineteenth century, and full of rich characters. It lays out in detail the path Wilkes took to the top of the celebrity heap, his growing involvement with the Southern rebels and the development in Richmond of the plot to kidnap - and later assassinate - the Union President.