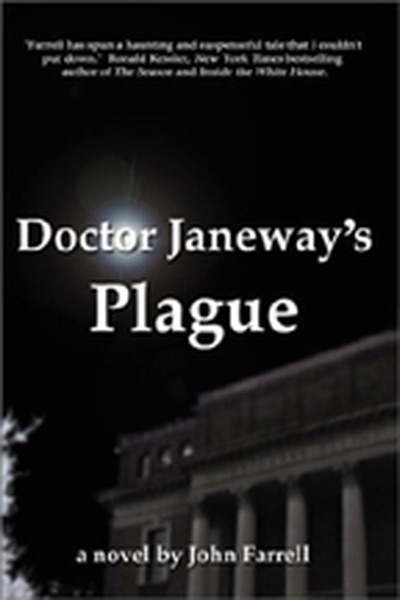 In this podiobook: A science-fiction thriller about an astronomer who discovers a source of cosmic rays which may be the origin of an ancient plague reviving once again.A young woman reaches Cambridge in search of a distant relative whom she believes has lived longer than any other human being.An astronomer discovers a strange, point-like source of cosmic rays coming from the constellation of the Unicorn.A retiring professor discovers documents from Puritan times about a series of strange deaths and disappearances in the early Boston settlement. One of the signed witnesses has the exact same name as a celebrated minister whom the old professor has welcomed on campus.Three sleuths and three threadsâ¦all leading to the same man."I long to believe in immortality," wrote John Keats over 150 years ago. There are those who knew while the poet lived â" and those who know better now â" that some things are better not wished for. The Reverend Doctor Janeway knows why. And his secret is one of the most dangerous ever uncovered.Editorial reviewsA haunting and suspenseful tale that I couldn't put down. -Ronald Kessler, authorA uniquely American horror story... -Amy Sterling Casil, author (The Magazine of Fantasy And Science Fiction and Zoetrope: All Story Extra)...its cross-genre suspense is dead-on for today's market. -Paula Guran, DarkEcho Newsletter, Nov. 16, 2000...ambitious in the depth of its scientific background, and the historical connections to colonial history add interest and resonance. -Jon Lehman, Quincy Patriot Ledger, Saturday, Dec. 9, 2000Here's an enthralling novel ... reminiscent of the more meditative books by Stephen King or Dean Koontz. -Pat Holt, Holt Uncensored, January 16, 2001