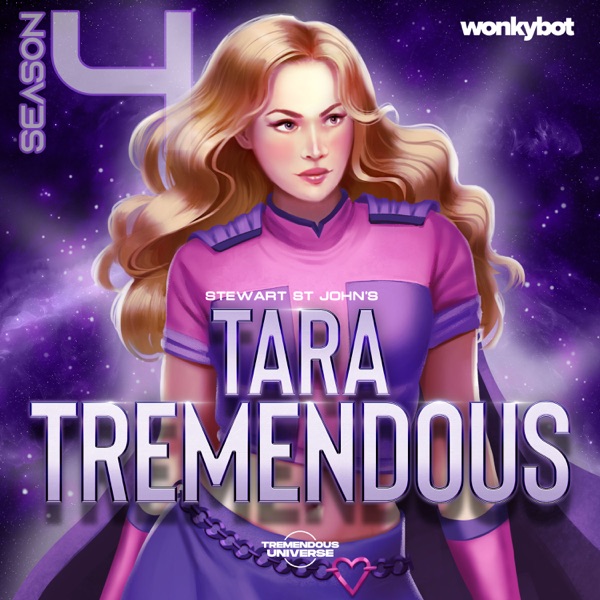 After accidentally receiving the powers of every superhero, Tara Callahan must learn how to control her newfound abilities and embrace her destiny to become the most powerful being in the universe.  While her powers will make her extraordinary, it’s her heart that will make her a superhero to the world - and beyond.

Recipient of the Parents’ Choice 2020 Gold Award for Best Podcast and chosen by NBC’s TODAY as one of the ‘10 Best Podcasts For Kids’, the award-winning Tara Tremendous is a high-quality, cinema-style superhero action adventure audio series.

Listen to all episodes for free with ads or subscribe to Wonkybot+ on Apple Podcasts for an ad free experience.

Tonics with Torianna is the new audio kick it spot. Torianna's just navigating her way through life in her 20's. We'll talk boys , friendships, sex and everything in between.…

S1 Trailer: A Hero Is Born

S3 Ep 5: When the Bough Breaks

S3 Ep 6: It Happened One Night

S4 Ep 1: Whatever Happened to Tara?

S4 Ep 2: A Most Dangerous Alliance