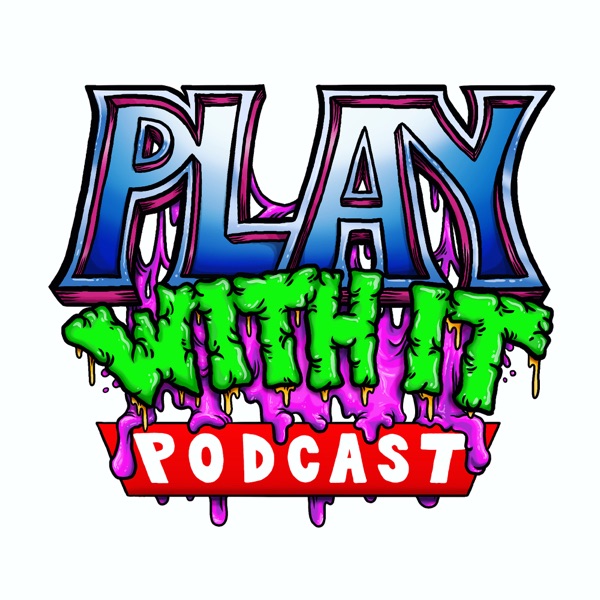 Play With It Podcast

Hey everyone! In this episode, we talk about the recent unveils at Toy Fair 2020! This year was jammed packed with awesome toys for display so Noah and I cover our favorites. We could have made a ten episode saga of four hour podcasts that covered EVERYTHING but we will save you all from that and give you our highlights. First off, we cover some new figures from Mezco Toys in their One:12 Collective line which is their flagship adult collector figures that come with tons of accessories, different heads and hands, as well as real cloth and materials for their costumes! First up, we talk about their exclusive 1989 Tim Burton Batman figure they put up recently on their site. As a huge fan of the movie and my favorite Batman, I fanboy really hard on this. At Toy Fair, they showed their new Two-Face and Mr. Freeze figures so we discuss or feelings on those ( spoiler: they are great!) Next, we talk about the new Teenage Mutant Ninja Turtles figures that NECA showed off both from the 90's movie as well as the Cartoon. Both of these figure lines are hugely popular and these are the next waves coming out this year. The other thing that NECA had to show off that should get more attention is their upcoming prop replicas from Both Batman the Animated Series AND 1989 Batman movie. You can imagine my delight and I discuss my plans to buy a bunch of batarangs and throw them all over the house Hasbro has a crazy amount to show off from there 40th Anniversary Empire Strikes Back figures from their Black Series line, their resurrection of GI Joe as a toy line, and even reproductions of the Real Ghostbusters figures that Kenner released back in the 80's. We discuss our thoughts and I completely blank on Sigourney Weaver's character, Dana Barrett and look like an idiot but I SWEAR I like the 1984 movie and can't wait for the 6" figures they have coming out. Lastly, we gush super hard on Super7's upcoming line of TMNT figures from their Ultimates line! These things are going to make us go broke so listen to the episode to hear us tell you why they are so friggin sweet. As always, email us at [email protected] and give us some feedback and tell us some stories we can share on the podcast! And remember kids, don't forget to Play With It!

Welcome to "The Press Box". Where we cover local and National sports news. Join us as we talk through what's going on in Southwest Missouri sports as well as sports around th…