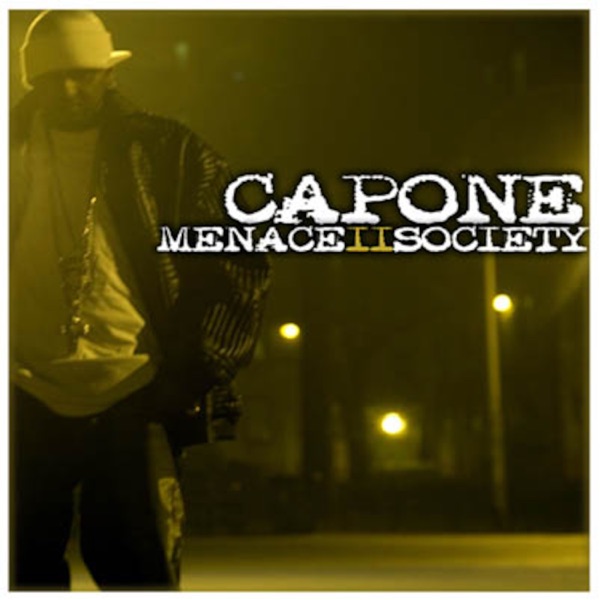 FOR IMMEDIATE RELEASE: LEGENDARY NEW YORK RAPPER CAPONE RETURNS WITH SECOND ALBUM ON Pain,Time,Glory Entertprises "Menace II Society" HITS THE STREETS 2006 Album features Scarface and Norega New York, NY--After 5 years away from the game, Capone is back with a vengeance. Five years after the Capone-n-Noriega Reunion album (2000), Capone is set to release his second solo record on Pain, Time, and Glory Enterprises. "Menace II Society" will be released in 2006, and features Scarface and , Norega,The album also features some hot producers, including the Heatmakerz, Twinz, Screwface, Nexxus Entertainment, Reefa, Dub Z and DJ Absolut. I am definitely excited about this album; it's time for the game to see what I've been doing. I want to dedicate this album to the hood because the hood kept me afloat all these years. Every song on this album is real whether party or pain, it's time for the PTG experience," says Capone. Capone was one-half of the Queens based powerhouse Capone-N-Noreaga, a duo which sold over 1 million albums in their short-lived career. The pair met at the Collins Correctional Facility in New York, quickly hitting it off. Capone was from the Queensbridge Projects and Noreaga was from Lefrak City. Shortly before finishing the recording of their debut album, War Report (1997), Capone was sent to prison for breaking parole on a weapons charge, but War Report became an underground hit and went gold. Noreaga released two solo albums while Capone was incarcerated, and upon his release, the duo released The Reunion, which also went gold. Fans who loved the duo CNN will not be disappointed with "Menace II Society". Older and much wiser, Capone has taken his past experiences and created an impressive album with club bangers and street anthems. The track listing is: 01-Intro 02-Words From A Menace 03-Aura 04-Interogation (skit) 05-Fire 06-Troublesome ft. NORE 07-Nowhere To Run-ft Scarface 08-Beat Down (skit) [email protected] Yo Set 10-Mac On Chill. 11-Drive By (skit) 12-Hand On My 9 ft. 1100 & Pinky Ring 13-Fallen Soldiers Capone will be releasing his solo-debut, "Menace II Society in 2006 on Pain, Time & Glory Enterprises For more information, contact: A Team Entertainment (917) 340-1755 or [email protected] or Patrick Cornish at East Coast Digital Solutions at (860)-922-0558 or [email protected]

The Primal Project Podcast is a discussion to learn and ask questions about a wide range of topics. With my favorite topics being exercise, diets, military, athletics, functi…