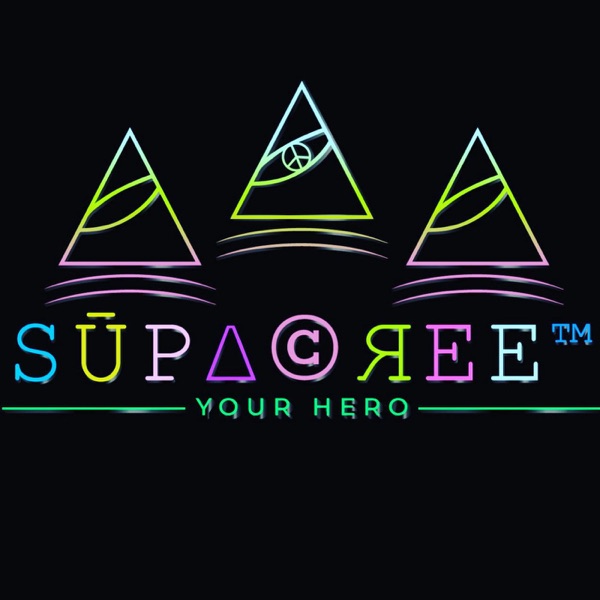 This ability stuns the target with sheer confusion and sexual frustration and/or disgust after making an "innaproprate" or each sexual remark.

Supacree can time travel, but would rather not, after getting stuck in the past and having been unable to escape, then returning to the present via slipping back after being catapulted through the future, landing back in present time after but still trapped in an alternate dimension, only to be returned by force via the illusion of death; however,

SupaCree is an antenna, channeling various waves of energy from a multitude of places within the external mtivrrse, and internal universe.

SupaCree acts as a bridge between the spirit world/realm and the real world; can communicate with spirits and entities from all realms

SupaCree is telepathic, typically able to communicate non verbally with others within her same frequency, as well as other conscious creatures such as animals (dogs, cats etc) birds, and even trees, rocks/crystals stars, planets and other galactic streams consciousness.

SupaCree can collect energy and expand her powers through intentionally or unintentionally "empathizing" with others; she uses this to 'win the hearts' of other DJs, and while later, she learns she has the ability to also "keep" their souls, she would rather not take part in such dark practices.

Festival Project™ is a multi-genre, multi-dimensionally mystifying and magical multimedia series, set against the backdrop of modern dance music-- i.e.” rave” culture-- combined with historical and futuristic elements of science fiction and folklore-- across expansions of space-and-time, unifying with The Universal Consciousness in a multidimensional and explorative ensemble of Films, Episodic Series, Music Videos, Extended Playlists, and Concept Albums.

A perpetual symphony of artistic storytelling , woven though a cavalcade of wonderful and whimsical characters along high-intensity, off-the-map adventures--showcased through Music, Film & Interactive Art Explorations--set upon the dreamlike actual reality of an unravelling fabric of time-and-space.

This explosive and expansive wave of enigmatic, chaos-colliding, charismatic [ and often comedic] kinetic energy, reflects a shared experience throughout all time in human connection; Journey beyond the unknown, to Worlds Within--and Without.

Ooh. (I Love Ya) [This is: Undefeated] - Freestyle Studio Session Mixtape, Unreleased [FULL EPISODE IN DESCRIPTION]

I Solemnly Swear I Am Up To No Good.

Penny For Your Thoughts. {Enter The Multiverse}

“The Eye In The Sky”

‘Diplo Escapes From The Blacklist’ -Ū.

All I Can Think About Is…

The Secret Life of Sunnï Blū.

Ain’t It Funny How It Happens?

Man On The Ground - Part II

LEGENDS: ENTER THE MULTIVERSE- The Secret Life of Sunnï Blū