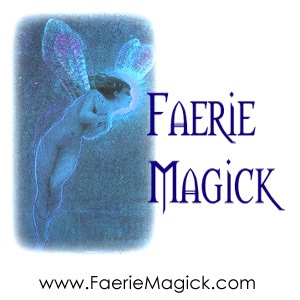 Who are the elves of Ireland?  In this 14-minute podcast, Fiona talks about this question and several others.

What surnames see the Banshee?

Anyone can see a Banshee, but you're not likely to.  They rarely appear to humans.  However, since Banshees are real, it's possible for anyone to see them.

For more information about the faerie-related families protected by Banshees, see Fiona's article, The Banshee.

You can see (or, more often, hear) a Banshee whether you're related to an Irish family or not.

Fiona says that this question is like asking if people actually see elephants.  In both cases, the answer is yes... if you're in a place where they are, and you know what you're looking for.

No. Many of Fiona's faerie articles have been online for over ten years.  (They were originally at HollowHill.com, which is now Fiona's ghost-related site, and at Suite101.com, where Fiona worked as a journalist for three years.)

Fiona isn't sure why anyone would think an academic site like this -- especially one that's been online for so many years -- would be a hoax.

She also explains that the majority of faerie (or fairy) related websites are happy fantasy sites, and delightful to visit.  She doesn't like the words "hoax" or "fake" used with any serious, fae-related website.  (Also, it's not wise to insult friends of the faeries.)

Can you describe the different kinds of dragons?

Fiona talks about dragons in several articles at FaerieMagick.com, and gives a general outline of the kinds of dragons, as well.

In future articles and podcasts, she'll explain more about them.

Who are the elves of Ireland?

A. "Elves" is not a word that originated in Ireland.  Some Irish people have adopted the word, elf. It appears in various histories and mythologies, notably English history where the word initially meant all faeries.

Soon, the word "elf" was used to describe specific, small creatures that have supernatural powers and may be shape shifters.  The term may sometimes be used in place of boggart or gnome.

Some cultures' stories -- including Algonquin (Native American) and Teutonic mythology -- describe "elves of light."  Their counterparts would be "elves of darkness," similar to the Seelie and Unseelie Courts of the Scottish faeries.

The word "elf" has many spellings, from Aelf to Ylf, and is primarily featured in British, Teutonic, Icelandic and Scandinavian lore.

Elves in Ireland -- or at least the use of the word, "elf" -- probably arrived in Ireland from one or more of those countries.

Briggs, Katharine: An Encyclopedia of Fairies

Smith, Peter A.: W. B. Yeats and the Tribes of Danu

Music:
The Moods of Man
written & orchestrated by James Underberg