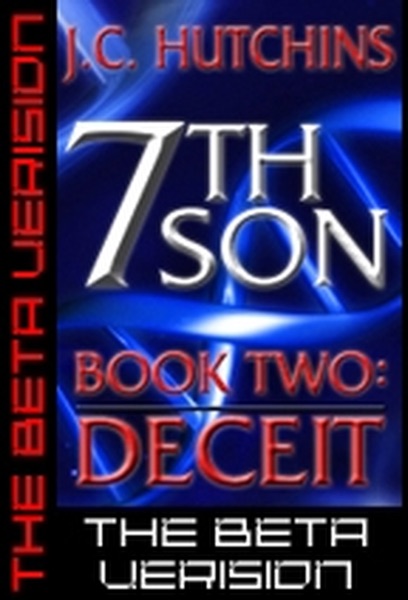 AUTHOR'S NOTE: This is "The Beta Version" of this podiobook. 7th Son: Descent is now available as a print novel from St. Martin's Press. During the editorial process, significant changes and improvements were made to Descent's print manuscript. Character names were changed, and events at the end of the print novel were modified in ways that will impact the rest of the print trilogy. The print novel represents an official reboot of the 7th Son series. Due to these changes, this "Beta Version" of Book Two: Deceit is no longer the "official" version of the podiobook. Please visit the 7th Son: Descent (The Print Edition) page to subscribe to the definitive beginning of the trilogy. You're welcome to continue the series with this version of Deceit, but understand that you will encounter slight inconsistencies in character names and plot references. THE STORY Two days ago, seven human clones -- John, Michael, Father Thomas, Dr. Mike, Jonathan, Jack and Kilroy2.0 -- were torn away from their "normal" lives to stop a ruthless plot created by their progenitor, a man code-named John Alpha. Their quest was a descent into conspiracy, violence and death. The clones were successful in their mission, but victory was not without its price. As 7th Son: Book Two - Deceit begins, the Beta clones are demoralized, reeling from their loss ... and about to learn that John Alpha's plans are far from over. To prevent the next phase of Alpha's plan, John, Kilroy2.0, and the others must unearth more dark secrets about the government project from which they were spawned. They will experience the horrors of betrayal, and race cross-country to track John Alpha. And they will finally realize the scope of Alpha's wrath -- the bloodshed the clones have witnessed is merely a prelude to the world-rending destruction to come. Unless they can stop it first. Deceit is the second novel in J.C. Hutchins' 7th Son thriller trilogy.

Welcome to Grey Skies &ndash; a podcast where you can learn about a disaster, what caused it, and how the world changed because of it. Oh, and how to prepare for and protect …

The Twelve Days of Clonemas