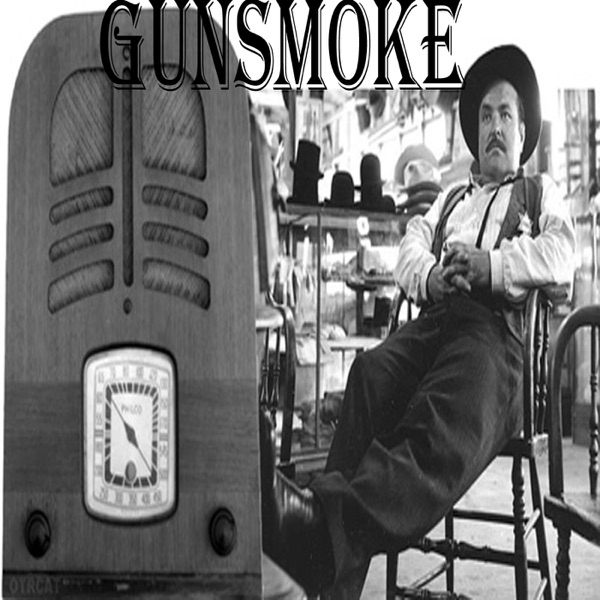 Gunsmoke was a long-running American old-time radio and television Western drama created by director Norman MacDonnell and writer John Meston. The stories took place in or about Dodge City, Kansas, during the settlement of the American West. The radio version ran from 1952 to 1961, and is commonly regarded as one of the finest radio dramas of all time; the television version ran from 1955 to 1975 and still holds the record for the longest-running U.S. prime time fictional television program.

Texan Pick Up Your Guns

Body by the Road

An Other Mans Poison

Gunsmoke How To Kill A Friend

Gunsmoke Sins Of Our Fathers

Gunsmoke Smoking Out The Beedles

Gunsmoke How To Kill A Woman

Gunsmoke Love Of A Good Woman

Gunsmoke Matt Gets It

What The Whisky Drummer Heard

Gunsmoke-How To Kill A Woman

Gunsmoke-How To Die For Nothing

How To Die For Nothing

How To Kill A Friend

There Was Never A Horse

How to Kill a Friend

How to Cure a Friend

Brother Can You Spare A Dime Campaign

Gunsmoke 98 What The Whiskey Drummer Heard

Gunsmoke 92 The Cover Up

Gunsmoke 86 Jokes On Us

Gunsmoke 75 How To Kill a Friend

Gunsmoke Podcast 73 There Never Was