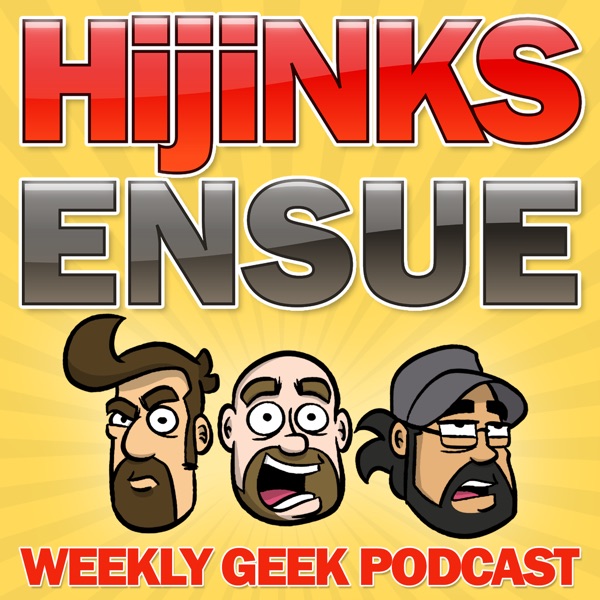 Beginning in February 2008, The HijiNKS ENSUE Podcast is the original "geeks talking pop culture" podcast. Host Joel Watson, creator of the online comic HijiNKS ENSUE, and his co-hosts, Josh Jeffcoat and Eli Luna, break down the week's geek news and give their own perspective on current events in pop culture. After a hiatus from April 2011 to August 2012, the show returned with an updated, more conversational comedic format without the focus on geek pop culture. It also featured an array of guests and co-hosts, including the creators of the popular online comic Cyanide & Happiness. CONTENT WARNING: This podcast is a time capsule. It contains language and ideas about gender, race, sexuality and society that are outdated, often offensive and frequently ignorant when presented out of context. No harm or offense was ever intended, and everything we said was in the spirit of absurd commentary and "edgey humor," but 15 years of hindsight, growth, education and maturity have taught me that A LOT of what I used to think was acceptable to say in a public forum for laughs was neither acceptable or funny. - Joel RATING: Often NSFW, Definitely Not Safe For Kids due to adult language and subject matter.

Episode 77 – There Is No Easy Way Out

Episode 70 – For Those About To Fingerblast

Episode 62 – What We Did On Our Summer Vacation

Episode 55 – Live From The Cave

Episode 53 – They Call Him One Eye

Episode 42 – Life, The Universe and Everything

Episode 26 – And You Shall Have My Chupacabra!