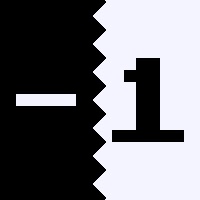 Negative World Podcast 087 - The Answer To Everything Is Pizza

Grab a slice, cause it's time for another episode of the Negative World Podcast! This time 'round, Joe (Ninsage) and Stephen (DrFinkelstein) are treated with a visit from Grant (GameDadGrant) to discuss Nintendo!

After the intermission we get into the primary topics, starting with Miitomo. They dive deep into their experiences and the hits and misses of Nintendo's first true app. This leads into discussion about the future of Nintendo Apps. The topic shifts into recent Pokemon Sun & Moon news before some discussion about Nintendo's secretive nature leading up to E3 and the gang speculates on the future of Nintendo and gaming in general.

The break music selection is a couple of delightful tracks from Project X Zone 2 and Miitomo. Negative World's site owner and operator, Zero provides the intro and outro.

Keep an eye out for future episodes! I hope you're also enjoying the Euphonic Podcasts. Another is releasing shortly and there will be a casting call soon for a very special competition-based Euphonic! Stay tuned!

News conversations that matter to you. Join the conversation with Camille Requiestas, Travis Cantwell, and Bobby Schuyler. From local Texas news to national news topics makin…