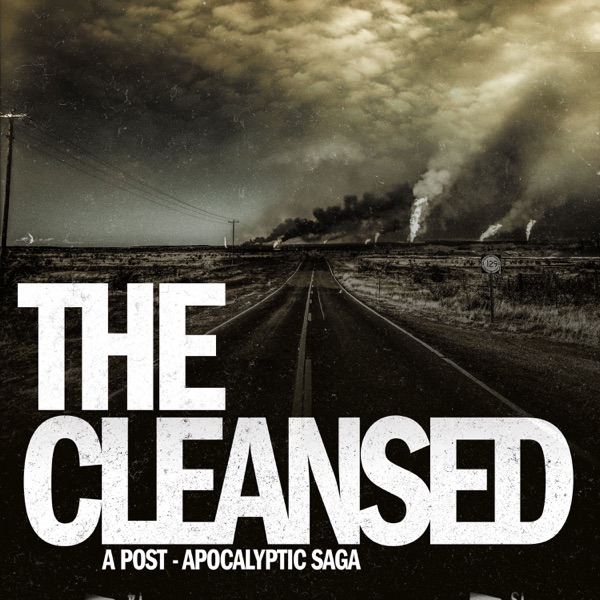 The Cleansed: A Post-Apocalyptic Saga

WARNING: SPOILERS Download Season 2 Series Recap Miss previous episodes of The Cleansed?  Haven't listened in a while and need to brush up?  Recap the story thus far with this quick recap to prime you for Season 2. Previously On The Cleansed Fifteen Years have passed since a man-made apocalypse destroyed the world as we know it [Clip from Pilot] Luke and Maria, two youths from an off-grid outpost called The Refuge, in rural Maine, are pulled into a grand adventure when John Prophet appears [Clip from Ep1] Prophet claims an insidious force, called the Republic, has set up a totalitarian regime in the ashes of old New York, and plans to now conquer the rest of the world with their remnants of pre-collapse military might. [another clip] No one believes him at first, but when a Republic fighter jet attacks them, the rival factions of The Refuge and The Dwellers unite behind Prophet's mission. Prophet, Luke, and Maria set off to stop the Republic, joined by survivalist youth Marc [clip] Marc's mother, Caitlin, a healer [Caitlin] and Maria's mother, Sam, a tough ex-Army staff sergeant [clip] They set off downriver to face the Republic, but what is happening in New York is more menacing than even Prophet imagined A so-called 'Wolf of Abaddon,' Saul, has assassinated the leaders of the Republic and assumed control for himself.[clip with Saul] Saul is ruthless and will kill anyone who gets in the way of his rise to power. Saul's only antagonist is Paul, who claims he is Jesus reborn, and has a group of fervent Believers who will fight and die for him. [clip with Paul] We see this coming battle forming through the eyes of ordinary people who have been roped into the warring factions. A working man, Lucian has joined with the believers [clip with Lucian] Lucian bonds with a kid of streets, Amos [clip with Amos] ; on the side of the Wolves is Zeke, a boy who used to follow John, but who now is Saul's disciple [Zeke and Saul] As the curtain raises on Season 2, our heroes are learning to trust each other and have to endure the dangers of a fast moving river. In the city, wheels are in motion that will set up the greatest battle this broken world has yet seen. And now, Season 2... The post Season 2 Series Recap (SPOILERS) appeared first on The Cleansed.

4AllMankind is a podcast & vehicle for me to share my experiences, thoughts, learnings + unlearnings, downloads, and ideas. Here you'll find everything from parenting talk, t…