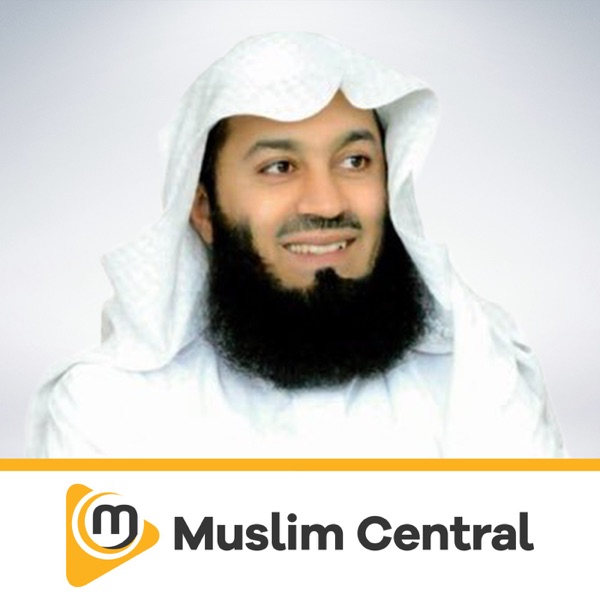 Dr Mufti Ismail Menk is a leading global Islamic scholar born and raised in Zimbabwe. He studied Shariah in Madinah and holds a Doctorate of Social Guidance from Aldersgate University. Mufti Menk’s work has gained worldwide recognition and he has been named one of “The Top 500 Most Influential Muslims in the World” since 2010. He has millions of followers across his social media platforms. Mufti Menk’s personable style and down to earth approach has made him one of the most sought after scholars in our time. He has endeared himself to people with his much loved lecture series, a Mufti Menk hallmark. He travels the world spreading a simple but profound message: “Do good, help others while preparing for the Hereafter”. He is active in the international arena and is a strong proponent of peace and justice, speaking up against all forms of terrorism.

we here at the L3G10N of Thieves like to talk, about anything and everything. could be funny, could be dark, could be thought provoking.... WHO KNOWS?! we don't! but, one thi…

It will be taken away!!!

Secret of a Successful Marriage - The Tongue

Why am I a Muslim

How do I seek forgiveness

Why does Allah allows negative things to happen

Day of Arafah and Eidul Adha

The Day of Arafah and Eid ul Adha

The Call of Prophet Ibrahim (Abraham)

What about Ten Best Days

What if my mother is wrong, Do I still obey her?

Why do we have to go for the Hajj

Preparing for YOUR Loss

Victory is in Your Destiny

Are you rightly guided

Elon Musk should hear this

Trust Allah! He is in Control!

Discover the Book Within

Be FAIR, Even With Your Enemy

Your Heart After Ramadan - 1st Jumuah of Shawwal

Dear Sisters, this is for you - Shawwal

The Day of Eid - Ramadan & Beyond

When Will Eid Be

Ramadan 2022 - Reconnecting with Revelation #29 Status of a Mother

Ramadan 2022 - Reconnecting with Revelation #28 - The Story of the Ant

When your Period begins just before Iftar!

Ramadan & Beyond - Things to do on the Last 10 Nights

Ramadan 2022 - Reconnecting with Revelation #23 - The criterion

Ramadan & Beyond - How To Achieve Forgiveness In The Last 10 Nights

How to get rich quick

Ramadan 2022 - Reconnecting with Revelation #20 - The book of deeds

Ramadan 2022 - Reconnecting with Revelation #19 - We all have needs

Ramadan 2022 - Reconnecting with Revelation #16 - The Criminal

When SIN is Within Reach

Ramadan 2022 - Reconnecting with Revelation #11 - The Book of Deeds

Ramadan with Paradise as your goal

Ramadan 2022 - Reconnecting with Revelation #07 - The Mercy of Allah

Celebration of the Life of the Prophet Muhammad

Ramadan 2022 - Reconnecting with Revelation #03 - The Gifts of Allah

Story Of The Jeweller Who Attended My Lecture

I'm worried what will happen to me

Do you belittle others?

A powerful quality from the story of Ibrahim and Hajar

A Mother's Love - The Mother of Moses

What does it cost you to be respectful?

I'll beat you up, haven't you seen my six-pack

He Only Does What's Best

Move Yourself in the Right Direction

Exposed - The truth behind me

How will you survive?

Help me QUIT my Bad Habits -

Stop. Think of this if you have these kind of thoughts!

Everything will be revealed on the Day of Judgement

Can you develop this quality within you?

Are you 100 sure to reach Ramadan? The Real Preparation

Allah doesn't need us, we need Him

Ramadan and the Last 10 Nights

We Are From The Same Person

Should I be scared of Allah?

Cleaning up before Ramadan

When Allah changes your life through a calamity

Healing Series #01 - What Helping Others Can Do For You?

Not much time left...

The Value of the Masjid

When you plan the downfall of others

The Harmful effects of Nuclear Weapons on Global Warming

Thank Allah for all his favours

No matter who you are, you will taste loss

Are You a Know it All?

Kiss your wife and children

Every Tyrant has his day coming

What lyrics are you singing?

Protect yourself from this...

Healing in the Qur'an

The Gift of True Friends

Don't let a parent abuse you!

The Gift of Wisdom

You will surely win when you concentrate on yourself

Having Good Thoughts of Others

The weight of a deed

The Points System when choosing a spouse

Ramadan is 6 weeks away! Ready?

Plays 'The Game' with Freshly Grounded

Allah gives you much more than you ask for

A Beautiful Experiment done by a Sheikh

Why and How should I read the Quran?

Why is it so difficult?

Which group will you join on the Day of Judgement?

When will I get justice?

Parents who blackmail their children

How to gain quick blessings

How to win custody of your child

Divorce before marriage - How?

How to Control you Temper

Why didn't you pray?

Wanna be my friend?

Celebrating The Prophet Pbuh with a Powerful Reminder

Money and Power! How and When

Don't Judge them on your Standards

The Effectiveness of Social Media

Protect Yourself on Social Media

Fine-Tuning Social Media & why it should be done

Why Makkah and Medina are Haram - Explained

A Special Dua for you from Medina

I will change after marriage - Tips on finding a spouse

A Message from Medina

What are your Blessings?

The Test of Life and a Powerful Dua

Who are your best friends?

Assist each other in the home

Losing a Loved One

Becoming Romantic with the 'Right' People

Is your Family Crumbling?

The Prophet as a Husband

Lessons from the Final Sermon

Only Clean Fun on Social Media

That Proposal Will Not Come Again

The Most Powerful Advice Ever Given!

How to Give Up Bad Habits

Get back to 'The Best Places on Earth'!

How to Heal your Broken Heart

When a Scholar Insults Another

Did you just suffer a Loss?

Without a Life Vest You Won't Survive!

Here's what I said at my own daughters Wedding

How to thank Allah

Advice upon the Nikah of Abdullah Zaheed via Zoom

Do This as a Couple! Muslim Marriage Matters

WARNING to those who HARM others

What Did They Have? Eid al-Adha Message

Dhul Hijjah Best 10 Days - The Days of Eating and Drinking

Today is the Big Day! The Day of Arafah - Its Virtues & History

Do you know the Powerful words the Prophet ﷺ said on this Day! Arafah

What is Eid ul Adha and why do Muslims Sacrifice?

The Best 10 Days - Dhul Hijjah - Don't be Oblivious of Allah

Why Destroy Your Own Country? The South African Shock

Is It Coming Home?

No Fear, No Sadness!

Will you be able to watch your Tiktok - Insta videos in front of Allah?

Don't be a conspiracy theorist!

Friday Boost - Focus on the right things for success

A Great Loss - The Death of a Scholar

What hit to you was never meant to miss you! Fact!

The deeds that will not be cut when you die

Qur'an from a Mobile or Book? Which is better?

The Capacity of the Brain

Recipe for a Good Marriage

Are you Crazy, Lazy and Impatient?

The Sheikh with the Mercedes

If you use Tiktok listen to this

Don't Lose This Blessing! Ever..

Do you know your own children?

Two problems from one... Don't make it worse

The story of the School Chair...

Today is the Day!

The Hour is Near!

Why should I ask Allah, if He won't accept?

The child you left behind..

The Biggest Sins Are...

Falsely accused! What do I do?

Black magic! Don't do it!

Allah chose you to help others

How to get the Mercy of Allah

The Soft Heart of Umar R.A

Will You Leave a Legacy?

Do you have this Trait?

But they are all doing it... so what?

You Can be Forgiven from the worst sins

The thin line between Good and Bad

We are Not perfect!

Seek HELP when you find yourself in this situation

When the Ummah Bleeds

The Race to Fame on Social Media

3 times when Deeds are not written

Nikah Marriage and the Wedding - Malawi #02

Increase your Success with one simple thing...

Safe from the Enemies Plan

True excitement should be when this happens...

Communication may be the solution

Children's Eid Mubarak! What are you doing for Eid?

Children's Series - Are your Grandparents a pain?

Children's Series - Eid is Around the Corner. Yayyyy!

Children's Series - Important! Nobody should touch you!

Children's Series - Why do we have Eid?

Struggle and Healing in the Qur'an - Mind Body and Soul

Children's Series - Can I borrow your false teeth?

Ramadan 2021 – Verses of Hope and Healing #25 - Greeting of Peace, Mercy and Blessings

Children's Series - What is Laylatul Qadr? - The Night of Decree

Children's Series - Can I have Everything?

Boost 22 - How Not to Spend Laylatul Qadr

Children's Series - Bismillah for Everything

Ramadan Boost 21 - How to Prepare for Death

Children's Series - When your pet dies

Ramadan 2021 – Verses of Hope and Healing #18 - Allah judges by your repentance!

Children's Series - When someone close passes away

If they are Jealous! do this...

Children's Series - How Can I Love Allah When I Have Not Seen Him?

Children's Series - Why do we read Surah Fatihah?

Children's Series - How do i ask Allah for things I want?

You Will Only Enter Paradise Through This...

Children's Series - Be Kind to Your Parents or Guardians

Ramadan 2021 – Verses of Hope and Healing #13 - Resetting through Hajj

Ramadan 2021 – Verses of Hope and Healing #12 - Healing through Fasting

Children's Series - Think of Others, Save the Earth

Children's Series - Why do I Need to be Clean?

Children's Series - What Happens When You Tell a Lie

Children's Series - What if you forget that you're fasting?

Ramadan 2021 Boost 5 - Allah will Protect you from your Enemies

This will be an amazing Ramadan

Children's Series - How Can I Recite Qur'an?