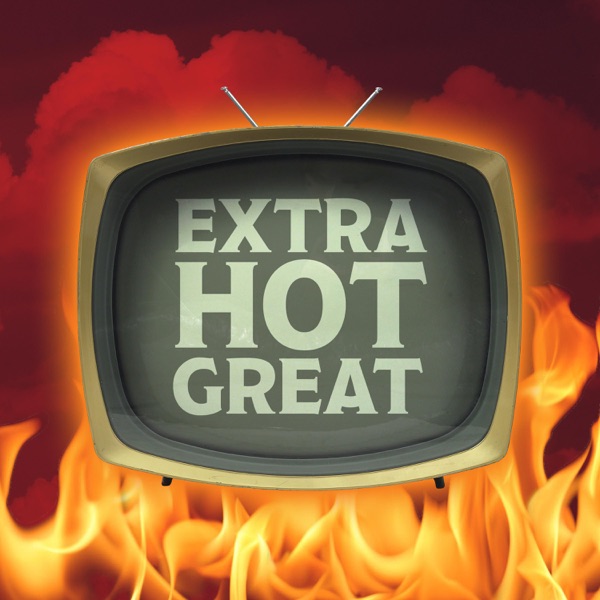 Try as we might, we couldn't get that "putt down the remote" joke to work, so we'll just say we're happy Daniel MacEachern is back on the pod, and we're even happier to be talking about Holey Moley, the "Wipeout meets mini-golf" summer offering from ABC that finally found a way to use Kenny G's talents properly. From hosts to holes to gimmicky guest get-ups, it's fun for the whole family -- really! Later, we go Around The Dial with Years And Years, Animal Kingdom, Bosch, Lethal Weapon, Collateral, and Dave's non-crackpot theory on TV knockout drugs, before contemplating a universally despised Golden Girls episode that closed out that otherwise-great show's second season. Michael Sheen (not in character from The Good Fight) was a winner, execs trying to step to Buntsy's girl Roma Torre were losers, and someone got a helping hand on this week's Game Time. This is our windmil-lieu: an all-new Extra Hot Great.

Talk about this episode on its dedicated page on ExtraHotGreat.com

The EHG gang have been recording this podcast for almost a decade now. In podcasting terms, that makes us positively Methuselahian. Since the start of EHG, our listeners have asked if we had a tip jar or donation system and we'd look at each other and say surely that is a joke, people don't pay other people to do podcasts. We'd email them back "Ha ha ha, good one, Chet" and go about our business. Now we are told this is a real thing that real nice people do. Value for value? In today's topsy turvy world? It's madness but that good kind of madness, like when you wake up a 3:15am and clean your house. Or something. In all seriousness, we are humbled by your continued prodding to get a Patreon page up for EHG and here it is! Extra Hot Great on Patreon

Struggling with doubt? Wrestling with faith? Don't we all? Welcome to Marysville COC Podcast. This is your place for answers to the toughest questions in our 20 Questions Epi…