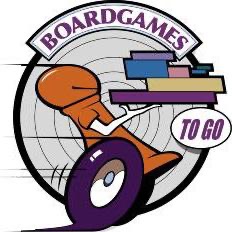 Closers: "It's light but and I liked it" / Fillers fill me up; Do gaming statistics add or subtract from your enjoyment?

Over the many years on this podcast I've interviewed plenty of gamers, and a few designers. Apparently I'd missed talking to a publisher, however. I first encountered David Harding as an online gamer-friend, whether through Yucata.de, Twitter, or just email. We played some games together and traded messages. Somewhere along the way he became a game designer, and then a game publisher. David designed & produced Elevenses, One Zero One, and Matcha, then broadened into publishing other designers' titles. Most notably, he has produced new editions and new games from Reiner Knizia himself. Besides the well-known Medici, David and Grail Games brought us Knizia's most substantial new game in many years, Yellow & Yangtze. In fact, Grail Game has published quite a number of amazing Knizia titles.

Have you ever been dissatisfied in your day job and fantasized about being a game designer or publisher? David's story will resonate with you. Clearly it isn't easy, and it doesn't make you rich. In fact, you probably still need to stick with that day job. But there's a joy & pride in bringing thee games to the public, too, and you can hear that in David's voice and story.

Towards the end, David describes the current state of the hobby in a way that will resonate with anyone who takes a longer view. Although he's super careful to allow any gamer their own way of enjoying the hobby, personally he's the sort that appreciates repeated plays and games we can all stick with. Or even just games that he likes personally.

P.S. You can tell from this podcast that David is unique, fun, and self-deprecating personality. If you want to see & hear more of his charming quirkiness, check out his Grail Games channel on YouTube.

From the heart of the Rock and Roll Capitol in Cleveland Ohio spawned a vision... a podcast REVOLUTION! Featuring local and beyond.... a variety talk show aimed to entertai…