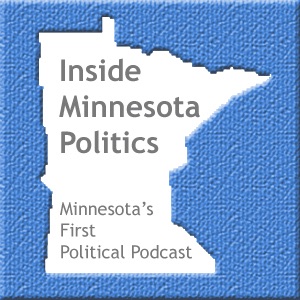 Repya's View: Winning In Iraq Is About Avenging Vietnam

Say it ain't so Joe.

All those U.S. soldiers who died in Vietnam, died in vain.

So says Joe Repya, the man who wanted to be Minnesota's Republican Party Chair and in the past has tried to quiet any questioning of the occupation in Iraq by questioning the questioners' patriotism.

"I want to see victory for the Iraqi people. I want to see a safe nation. Because there's 4,000 of my brothers and sisters who have paid the ultimate sacrifice. And I don't want to see them die in vain , much like the 58,000 that served with me in Vietnam died in vain."

Really? Giving your life for your country is dying in vain?

For the moment, let's take Joe at his word and accept that in his mind, this is true.

That means his argument for staying in Iraq is somehow tied to avenging the deaths of US soldiers in Iraq and Vietnam.

Joe, I can understand your anger over having lost friends in that war. But your anger clouds your logic. Those who ignore the lessons of history are doomed to repeat the mistakes. Vietnam taught us you can't fight for a country where its people are against you. Every poll in Iraq shows that the general population doesn't want us there. When the people are against you, the enemy is given shelter and can easily blend in. It's hard to fight a force you can't see.

In the same WCCO interview, Joe admits mistakes were made in how the Iraq war was conceived and executed. Why did those mistakes happen? Because "patriotism" was used as a rhetorical shield against serious questioning of what the Bush administration was doing. It's a tactic Joe and his party has employed liberally in the past. I witnessed this myself when Joe questioned the patriotism of peace supporters for not applauding when the mother of a fallen soldier she said her son would have died in vain if we do not win the "war" in Iraq.

What are we fighting for in Iraq? There's no consensus on what that is. Is it to find those elusive WMDs, bring democracy or for the sake of those who have already died?

It's hard to have "victory," which Joe has said "there is no substitute for," when you don't know what victory looks like. But I know what defeat looks like. Defeat is when our US Constitution is shredded, our liberties curtailed, and our economy collapses under a huge war debt.

If we're looking for a clear-cut definition of victory, returning our constitution, our liberties and our good economic (and diplomatic) standing in the world would seem to be something we can all agree on. As Will Rodgers once said, the first thing to do when you find yourself in a hole is to stop digging. I suggest we do it before we reach 58,000 lives lost.

A sports and gambling podcast hosted by Colton Molesky and Seth Toupal. We've never met a bet we didn't like.