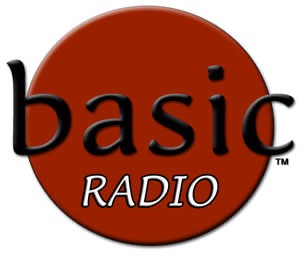 The selections for this edition of basicmm radio come from a lost recording recently rediscovered in the Campbell house from the year 2003. We recorded a live show at Chesapeake Coffee Company in Victor, NY (a now-defunct coffee house) with a gathering of friends that made for a fun night. (listen for some great back-up vocals on Called Out Ones!)

The interesting thing about the songs chosen is that they are the only two songs that I wrote in 1998. That was quite a break from the norm at that time! There were a lot of changes in my life that year, and so somehow I only wrote two songs, and both during the same week of camp in PA that summer! Crazy!

Both songs are available for purchase on iTunes, click the links below to go directly to that song at the iTunes Music Store. (must have iTunes software installed on your computer. For the free download, click here)

A few things to add to the podcast:

Enjoy the podcast! Here are the lyrics for the songs...

Wretched Man (1998)
There’s a war inside of me
And I am the enemy
It seems to take control
And it’s starting to take its toll
You said, “Be Holy, ‘cause I AM”
I try, but I am just a man
How can I bear the weight
Of this one very tall command

How many times I’ve said I wont
Just to turn around and choke
On my own words killin’ me
Oh, I just want to be set free
(chorus)

Before he made the world
He chose you as His own
Before you did a thing
To take the love He’s shown
It was God who made the loving sacrifice
Calling out to you, “My child, take my life”
And that’s why