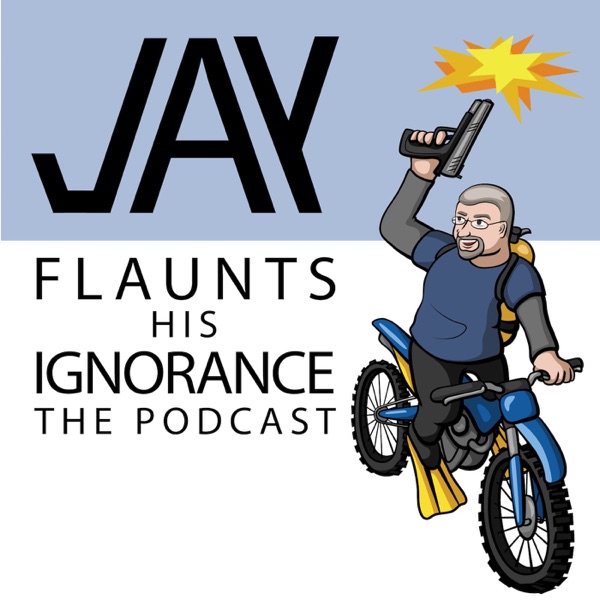 Jay Flaunts His Ignorance. The podcast.

Jay’s grandfather, Earl C. Humphrey, served in the United States Navy during World War II. He was serving aboard the USS Houston CA-30, out to sea, when Japan attacked Pearl Harbor, Hawaii. In this special edition episode, Earl recounts the sinking of the USS Houston CA-30.

Hello and welcome to a special episode of Jay Flaunts His Ignorance, the podcast. In this episode, you’ll hear my grandfather recount a story from World War II. In 1941 when Japan attacked Pearl Harbor Hawaii, my grandfather Earl C. Humphrey was in the United States Navy, serving aboard the USS Houston CA-30. Most of the US Navy’s Pacific fleet was destroyed, but the Houston was out to sea, with my grandfather aboard.

In 1980 my grandfather Earl had a stroke which effected his speech. His speech mostly recovered, but you’ll hear some slurring in these recordings. In 1982 my father Jim Hannah sat down with him and recorded 11 audio tapes, capturing his oral history.

This is one of those tapes. This tape is labelled “Earl 3”. It’s the tape where he describes the sinking of the USS Houston, and the beginning of his 3 1/2 years as a Prisoner of War.

Fortunately for me, my grandfather Earl survived the war, married my grandmother, raised my mother, and then helped raise me on our frequent visits to their farm is southeast Iowa. My grandfather died in 2000. We all miss him.

You’ll also hear my grandmother Marine in the background occasionally. Fact checking, adding some dates and names, washing dishes, occasionally vacuuming. Grandma died in 2006. She was an amazing grandmother. We miss her terribly.

I hope you enjoy hearing my grandfather tell his story. In his own words. If you like this episode, there are many more I can post. Let us know on twitter.com/jayflaunts. Thank you.

So, here it is. My father interviewing my grandfather in 1982. Thanks dad, for preserving Earl’s voice. Enjoy.

And that’s it. That’s where the tape labelled “Earl 3” ends. Thanks for listening. If you’d like to hear more, let us know on twitter.com/jayflaunts. Bye for now.

The 365 Fantasy Football podcast go it's start in November 2020 and is already the MOST ACCURATE fantasy analytical team out there. With the only interactive Fantasy Football…